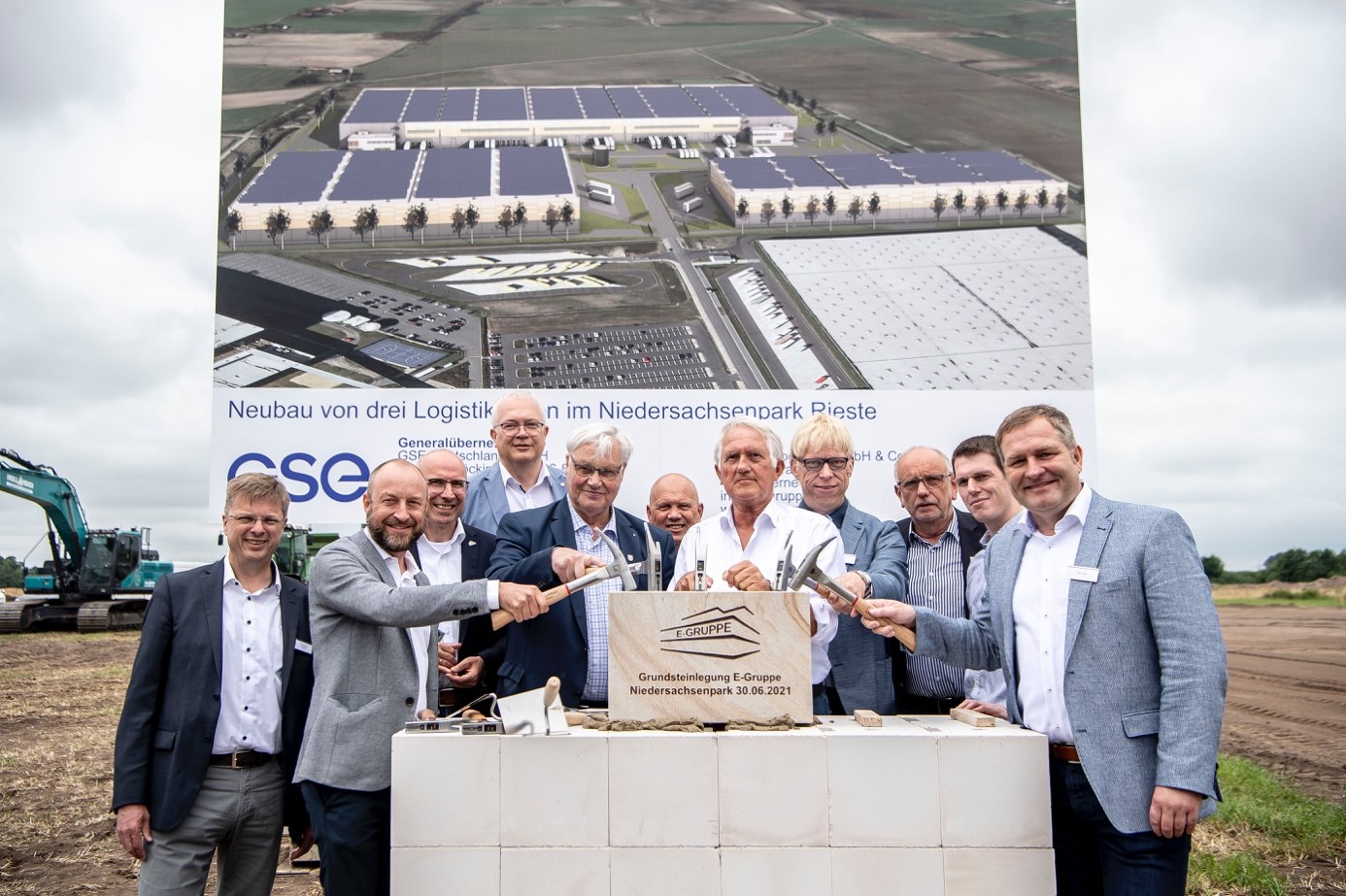 Start of construction for an innovative large-scale project:

On an area of 150,000 square metres – the size of 21 football pitches – three logistics halls will be built in parallel by next summer in Niedersachsenpark in Rieste, the largest inter-municipal commercial and industrial park in Lower Saxony. For the investor, the E Group from Herne, the 70 million euro project on the A1 motorway is one of the largest investments in the company’s history.

Among other things, the energy supply for the buildings is planned to come largely from renewable sources. Electricity is to be generated from a 50,000 square metre photovoltaic system; the use of hydrogen on the building is also being considered for power generation. The goal is to develop an optimal environmental and energy concept at the site, says Engler.

The buildings are being realised by GSE Germany. The Goldbeck subsidiary has already constructed two buildings in Niedersachsenpark, which are used by the automobile group PSA Peugeot Citroen, as well as the EDC (European Distribution Centre) for the sports goods group Adidas, which is visible from afar. “We are pleased to be able to realise another lighthouse project at this location, which sets standards in terms of architecture, energy and also space efficiency,” emphasised GSE Germany Managing Director Dany Brodhag. The buildings are aiming for gold certification from the German Sustainable Building Council (DGNB).

GSE is recruiting!
Check out our vacancies and internships

Do you need to build or renovate
a commercial building?